In accordance with GDPR and general good-people-ness we humbly ask that you accept cookies on our site to enable the proper experience. 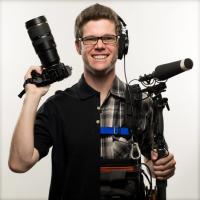 I have always been fascinated by the way the media glamorizes public figures, political arguments, and world disaster. Today, all three of those aspects of popular culture have hit a climatic point where there isn’t a second when we aren’t hearing about Trump’s latest racist remark or Kim Kardashian’s newest plastic surgery operation. Social media and all which it promotes is a part of everyday life, so much so that I feel that it’s becoming what we believe is the truth. This alleged “truth” leaves us as a people feeling isolated, confused, and ultimately unhappy. I was inspired to collaborate with photographer David Minard as well as an incredible creative team including Maya Babow, Giovanna D’Elia, and Ryan Whitlock  to create an album of photos that defied this truth that we’re all prone to believing. I hope the photos shock everyone into realizing what we’re reading, hearing, and watching everyday consists of blown up rumors, insecurities, and negative energy that continues to dominate our society.

When They brought this concept to me I was excited about the message. I wasn’t too keen on the style (direct flash with white background) because I don’t like the way direct flash looks most of the time, however, I do embrace pushing myself into a spaces I’m not used to. Additionally, since shooting with an automatic flash is not hard to do, I was given the freedom to focus more on the message behind the image rather than spending time moving lights, changing modifiers, and fussing so much with how it looks. All of the models were completely willing participants and suggested their own ideas, too! It was a group effort, a ton of fun, and the first time I’ve photographed anything which intentionally pushes buttons. I hope that these images make you mad, make you happy, turn you on, make you sick, and get you thinking more critically of the world we live in.

David Minard is an audio recording engineer-turned-photographer based in Santa Rosa, CA. He specializes in event, portrait, and commercial photography, and operates a self-built photo booth dubbed the “Selfie Station.”

Ryan Whitlock is an aspiring actor/model based out of Rohnert Park, CA.

Originally from San Francisco, creative artist/model Giovanna D’Elia is now based out of Petaluma, CA where she is working to further her career as an artist.

About the author: David Danseur
Tell us something about yourself.